The Hamilton Fulton Montgomery Pathways in Technology Early College High School (HFM PTECH) celebrated its first students to complete the program with a ceremony and banquet Sunday, July 24, at the Holiday Inn. In September of 2014, the first group of 50 students began their journey in the new 4- to 6-year program. On Sunday, […]

Ag PTECH this spring won a grant from the Education Committee for the Eastern New York Chapter of the Air & Waste Management Association to cover the costs of establishing an educational orchard, and students were tasked with coming up with plans for the location of about 20 fruit trees. First, sophomores in groups presented […]

The HFM Career and Technical Center honored more than 250 high school seniors at its annual Student Recognition Program Tuesday, June 19 awarding certificates of completion and special awards to the students before an audience of family, friends, faculty and administrators. Career and Technical Center Director Jay A. DeTraglia opened the ceremony by recognizing the […] 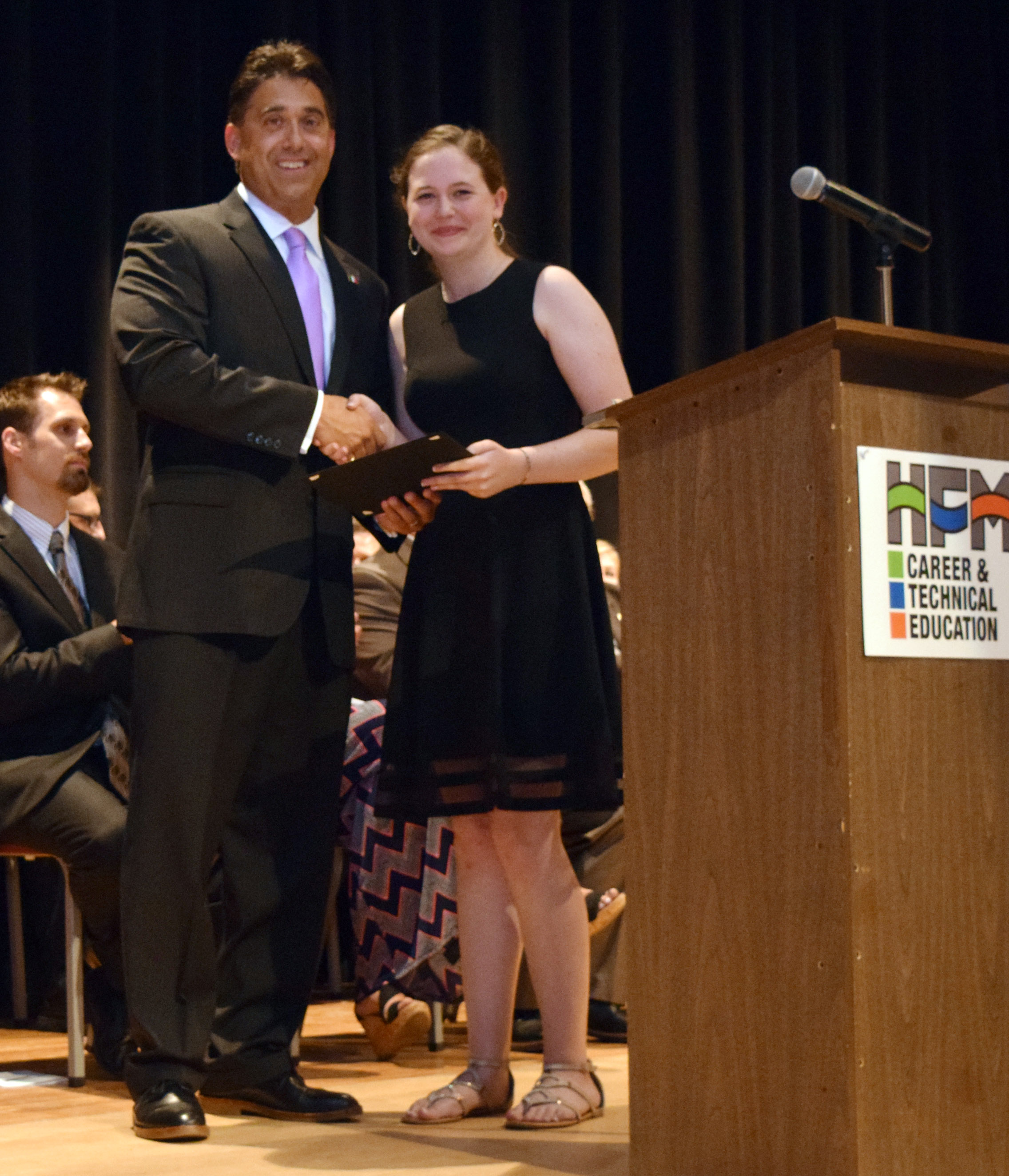 The HFM BOCES Special Education Division held a year-end graduation and celebration Monday, June 18 awarding six students their Skills Achievement Commencement Credentials. “The students that we honor here today have exhibited perseverance as they have taken on a variety of challenges and then prepared to take on new ones. They have exemplified the ability to […]

HFM BOCES Deputy Superintendent Dr. Lorraine Hohenforst has received a statewide service and leadership award from the Staff/Curriculum Development Network of New York State. Recognizing her career-long leadership in the field of education, the organization has named Dr. Hohenforst the recipient of the 2018 Jane Bullowa Service and Leadership Award. The Staff/Curriculum Development Network serves […]

Ag PTECH freshmen on Monday — their last day of school before exams — visited the St. Johnsville Nursing Home to talk with residents and build wheelchair-accessible gardens for them. In small groups, the students “interviewed” the residents about different aspects of agriculture and the changes they have seen during their lifetimes. Each group had […]

PTECH hosted its first-ever Entrepreneurship Expo on May 31, a culmination of the work students have done developing their own business plans. Throughout the school year, students in Michael LaMastra’s Entrepreneurship class developed their concepts for businesses and created marketing and financial plans for their companies. Some of the plans conceptualized by students featured at […]