The HFM BOCES School Library System (SLS) honored two local principals and its longtime director, who will retire this summer, during the System’s 27th Annual Awards Luncheon Wednesday, May 22. 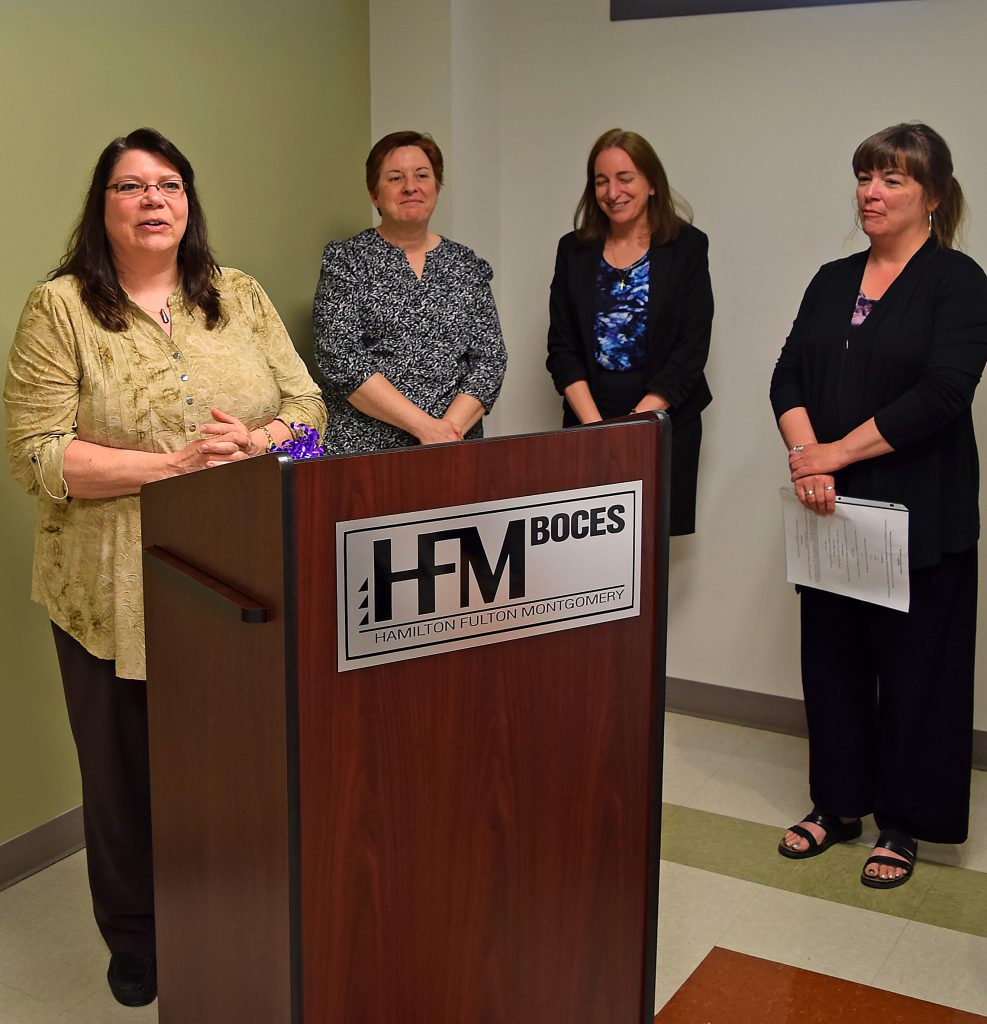 During this year’s luncheon, Elizabeth Hanan, Principal of the Lynch Literacy Academy in Amsterdam, and Robert Kraemer, Principal of Johnstown’s Knox Junior High School, were each awarded the library system’s Administrator of the Year Award.

The Ken Smith Award is given to individuals who exhibit leadership in recognizing the HFM School Library System is a central part of the total education program in the BOCES region. Booth was nominated for the award by library media specialists in the Amsterdam, Gloversville, Oppenheim-Ephratah-St. Johnsville and Wells school districts. Booth is only the fifth person to be honored with the award in the last 20 years.

In their nomination, the librarians credited Booth with helping to bring area school libraries into the electronic age and for expanding local opportunities by creating partnerships with other library systems. They also recognized Booth as a champion of professional development and an advocate for strong library programs.

“As the Director of the School Library System at HFM BOCES, she has developed the institution over the years to what it is today: a vital and important resource for the school librarian,” Christine Suhr, the Library Media Specialist at the Wells Central School, said.

“Those of us who have had the pleasure of working with her over the years know Deb as a tireless advocate for school library programs who leads by example. Her leadership and encouragement 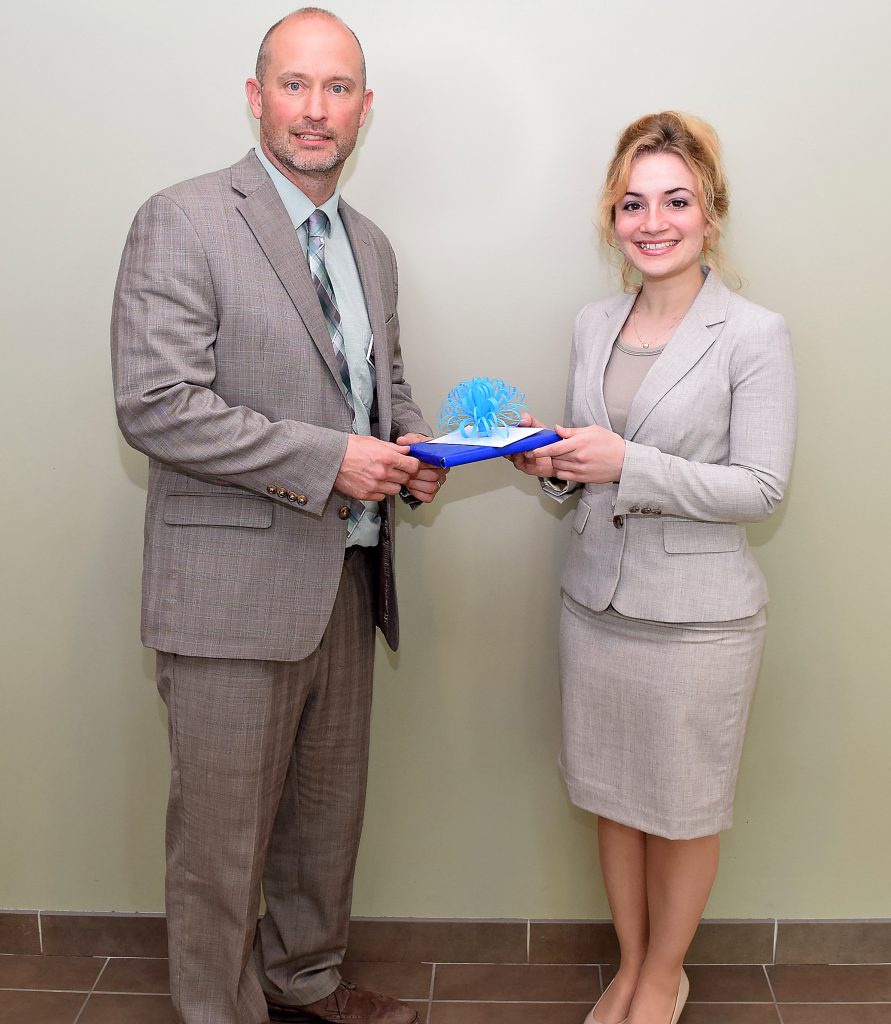 makes us want to strive to be better,” said Karen Johnson, the OESJ Library Media Specialist.

Booth has been the Director of the HFM BOCES School Library System since 1991. She first began at BOCES in 1986 when she was appointed the Coordinator of the Educational Communications Center, now called the Instructional Resource Center, which she still oversees. Prior to joining BOCES, she taught kindergarten in the Mayfield Central School District and was a substitute teacher.

She attended the State University of New York at Plattsburgh, where she earned a bachelor’s degree in elementary education. She also earned her Master’s of Library Science from SUNY Albany and an additional master’s degree in educational administration from The College of St. Rose.

The Administrator of the Year Award is given to an individual who exhibits leadership in recognizing the library media center as an integral part of the total school program and has an active personal involvement in the program.

Hanan was nominated for the award by Kristi Beedon, the Library Media Specialist at the Lynch Literacy Academy. Beedon credited the principal with helping to reimage the media center making it a welcoming place for all students.

“It has become the hub of the school and a large part of that is due to the support from Mrs. Hanan,” Beedon said.

Hanan has been the Principal of Lynch since December 2016. Prior to coming to Amsterdam, she was a teacher and arts director in Rochester. 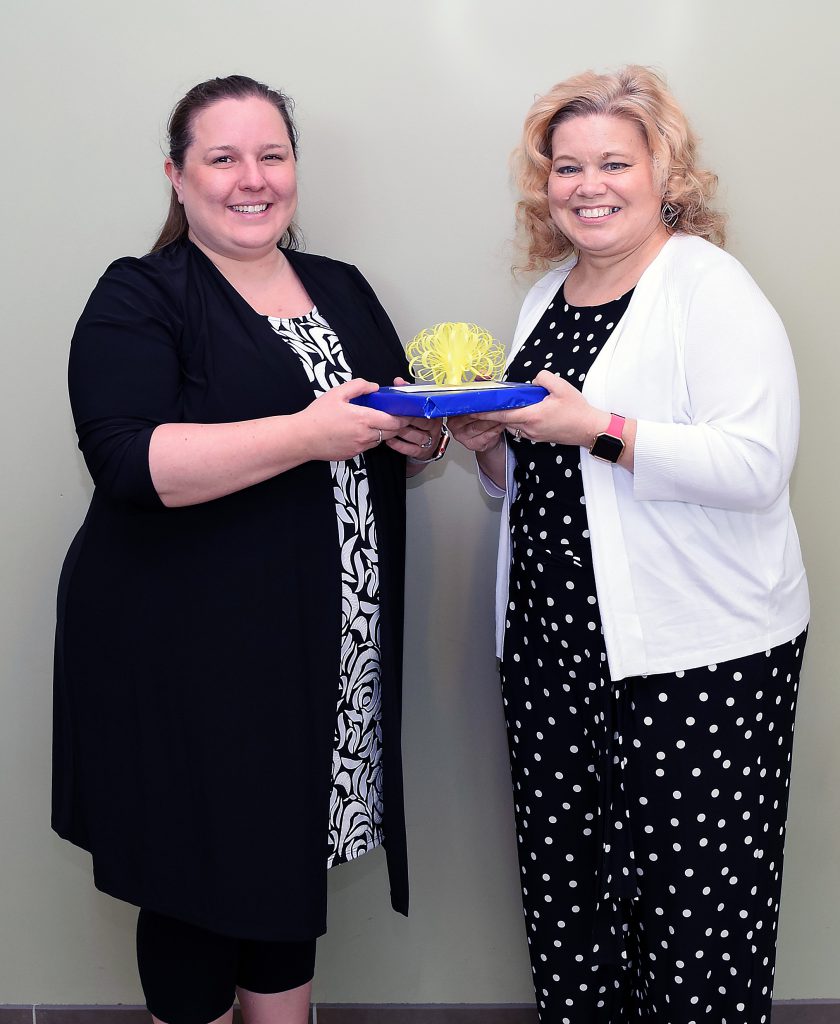 Elizabeth Hanan, principal of the Lynch Literacy Academy in Amsterdam, also received the SLS Administrator of the Year Award. She was nominated by Kristi Beedon, the library media specialist at Lynch.

“He brings an energy to our building that excites both the students and the staff. He’s extremely supportive of the library program and how it’s very integral to the school culture, curriculum planning and in meeting the New York State academic learning standards,” Cordts said.

Kraemer was appointed the Knox Principal in July 2018 and previously served as an assistant principal and athletic director in the Schoharie Central School District. Prior to entering school administration, he was a physical education teacher and coach in Johnstown for 15 years.

The luncheon was attended by teachers, librarians and administrators from several districts as well as by past honorees and representatives from U.S. Rep. Paul Tonko’s office and State Assemblyman Robert Smullen’s office.

HFM BOCES Culinary Arts students prepared and served the luncheon to celebrate the honorees in the BOCES Petit Café.