The Hamilton-Fulton-Montgomery BOCES Board of Education is pleased to announce the selection of current Fort Plain Superintendent David W. Ziskin, Ed.D., to be the new HFM BOCES District Superintendent and Chief Executive Officer.

Dr. Ziskin’s appointment was on the HFM BOCES Board of Education’s May 29 meeting agenda. The board voted unanimously in favor of the appointment. He’s set to begin his official duties with HFM BOCES in early August. 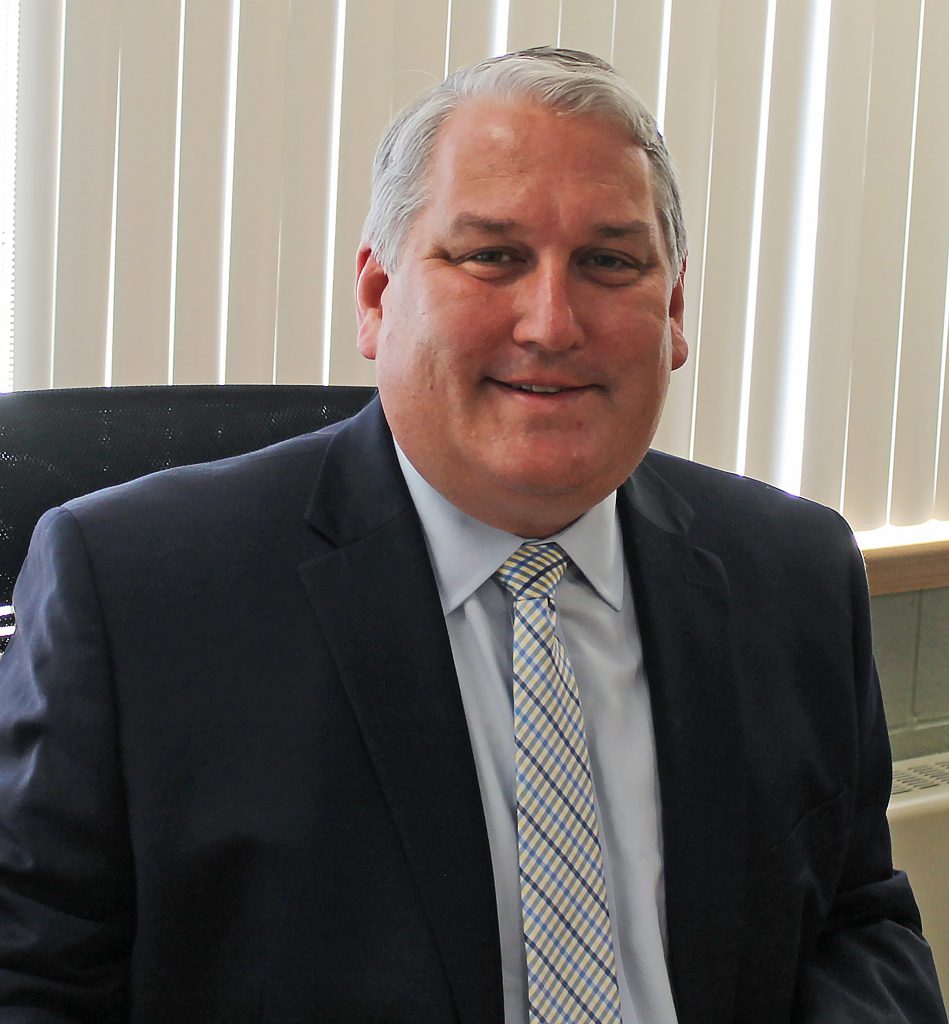 “We are extremely pleased to be able to appoint a highly experienced, local candidate who has a deep understanding of our communities and the opportunities and challenges we face here,” HFM Board of Education President Joanne Freeman said. “Dr. Ziskin has a strong ability to lead, an incredible commitment to students and a positive outlook for our region.”

An Amsterdam native, Ziskin has spent most of his 27-year career in education working as a teacher and administrator in local districts serving in Amsterdam, Broadalbin-Perth, Fonda-Fultonville and Fort Plain. He also worked for a year at the Successful Practices Network, a Saratoga County-based non-profit that supports school achievement.

“I am very excited to join the committed faculty and staff at HFM BOCES and to partner with our component school districts to continue the mission of transforming the lives of the children of our region,” Ziskin said. “It has been an honor to serve the Fort Plain Central School District, and I will always value the people I came to know and respect during my time as superintendent. While I have great affection for Fort Plain, the opportunity to support all of the school districts in the region that I have called home my entire life is one that I cannot pass up.”

As District Superintendent, Ziskin said he intends to nurture HFM’s valued partnerships with the component school districts and the community to provide opportunities for student success and local workforce development.

“HFM BOCES has a strong relationship with the local business community and the Regional Chamber of Commerce, and we will continue to cultivate those relationships. Our P-TECHs, our CTE program, special education, alternative and adult education and our instructional and support services provide excellent opportunities for our students and address a regional need for a skilled, educated workforce,” Ziskin said. “The work of BOCES is critically important, and I look forward to helping every child in this region have the best chance they can to become successful.”

Ziskin will replace current Capital Region BOCES District Superintendent Anita M. Murphy, who has been serving in an interim capacity at HFM since the retirement of Patrick Michel last summer.

The search for a new District Superintendent began in the fall with the position being listed with national and state professional organizations and advertised in several print and online publications. The search process was guided by feedback received through a community survey which drew nearly 430 responses from area board of education members, school administrators, BOCES employees, students, community members, business, industry and higher education partners, and others. During the search process, Ziskin interviewed with the HFM BOCES Board of Education as well as with the superintendents of the component school districts. He was one of 6 candidates interviewed for the position.

Ziskin also recently met with the New York State Commissioner of Education for a final interview and assessment of his qualifications and experience. As BOCES district superintendents serve a dual role acting as both the chief executive officer of a local BOCES and as the regional representative of the Commissioner of Education, the approval of the commissioner is required before a BOCES can appoint a final candidate. Following the interview, the commissioner communicated her approval of Ziskin’s proposed appointment.

James Dexter, the District Superintendent of the Washington-Saratoga-Warren-Hamilton-Essex (WSWHE) BOCES, worked with the HFM Board of Education as a consultant during the search process.

Ziskin has been the superintendent of the Fort Plain Central School District since 2015. Prior to serving as the top administrator in Fort Plain, Ziskin was the Amsterdam High School principal for six and a half years and the high school principal at Fonda-Fultonville for two years. He was also an assistant principal and director of athletics at Broadalbin-Perth for three years. Before entering school administration, Ziskin taught social studies at Amsterdam and Broadalbin-Perth for 10 years.

Ziskin attended the State University of New York at Plattsburgh, where he earned a bachelor’s degree in political science, and earned a master’s in teaching social studies from SUNY Albany. He completed his school administration certification at Plattsburgh and the Massachusetts College of Liberal Arts and earned his doctorate in educational leadership from the Sage Graduate College.

He lives in Amsterdam with his wife and has three children.