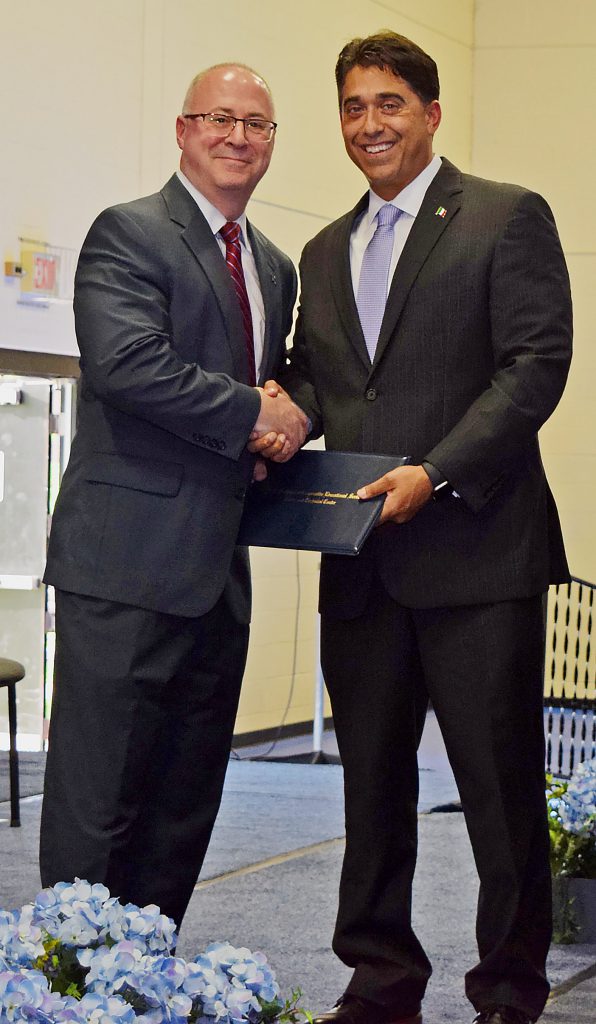 HFM Career and Technical Director Jay A. DeTraglia opened the ceremony remarking that the supportive crowd of family, friends, faculty and administrators was the largest he’s seen during his 14 years as director. DeTraglia thanked everyone for coming and recognized members of the BOCES Board of Education, BOCES and school district staff, and Dr. David Ziskin, the next HFM BOCES District Superintendent, who were all in attendance at the event.

Dr. Dustin Swanger, who will retire from FMCC at the end of July after serving 13 years as president, delivered the event’s keynote address.

Swanger spoke of how people can touch each other’s lives in large and small ways often without even knowing it.

“You see, one interaction with someone – maybe even a brief interaction that to you seems meaningless – can have a profound impact on someone’s life,” Swanger said. “As you start your adult life, you can decide how you want to approach the world and the people in it. Do you want to treat everyone as an annoyance or as a person? Do you want to help people have a better day or assure that they feel badly? Do you want to contribute to our community or tear it down? These are decisions that you will make every day as you go to college, go to work, go to the store or anywhere. How will you treat your fellow human beings?”

Swanger urged the students to become the type of person that makes someone’s day a little better.

“You have achieved a milestone today. One of education. With it, you can open many doors and you have many options. Take advantage of them. Stand tall, do good work, and be kind. With that, you will go far,” he said.

During the ceremony, several special awards were presented to students including: 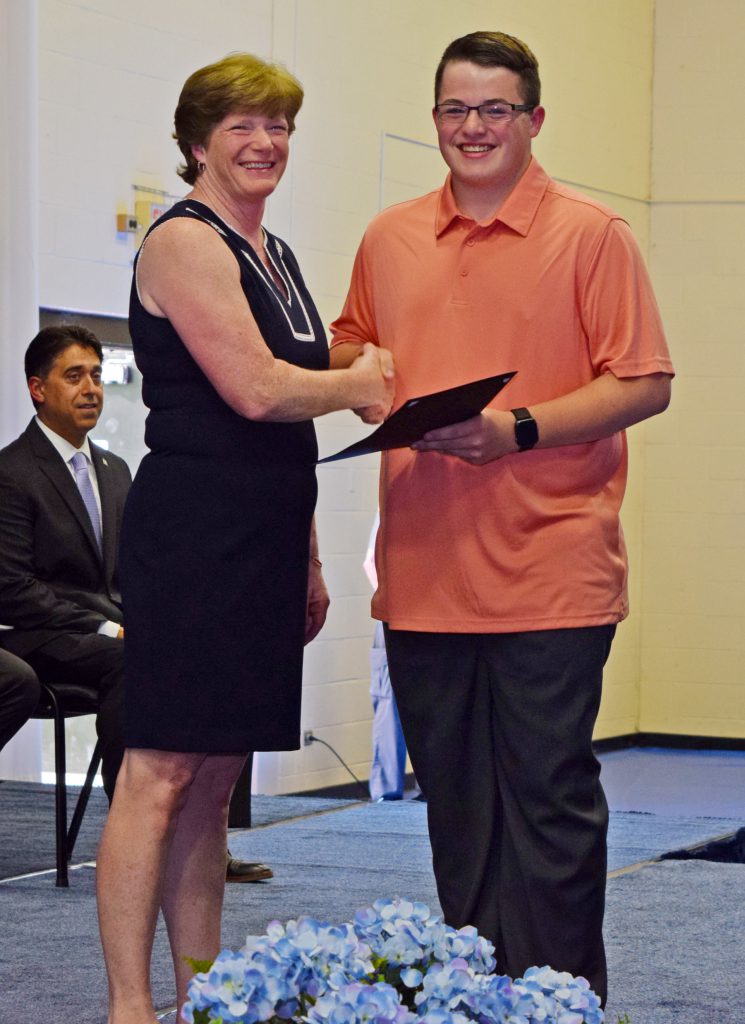 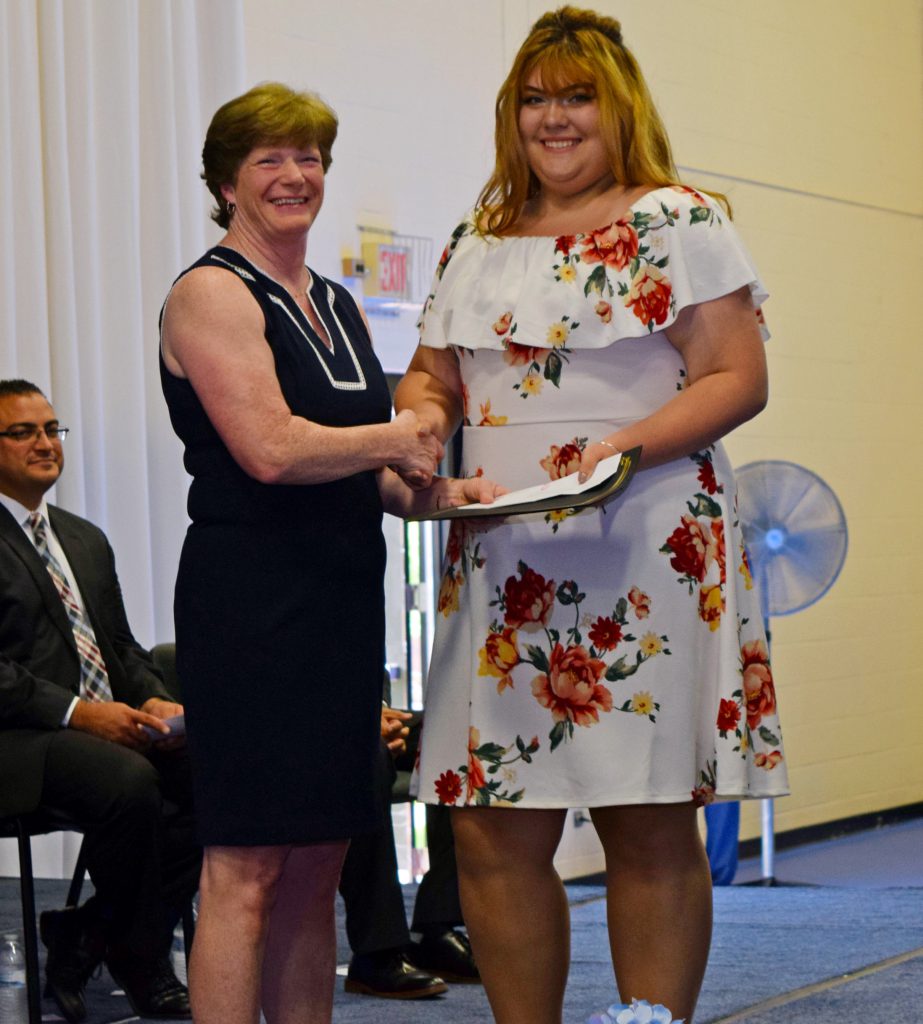 The 2019 inductees in the National Technical Honor Society were also recognized during the event. The inductees are: 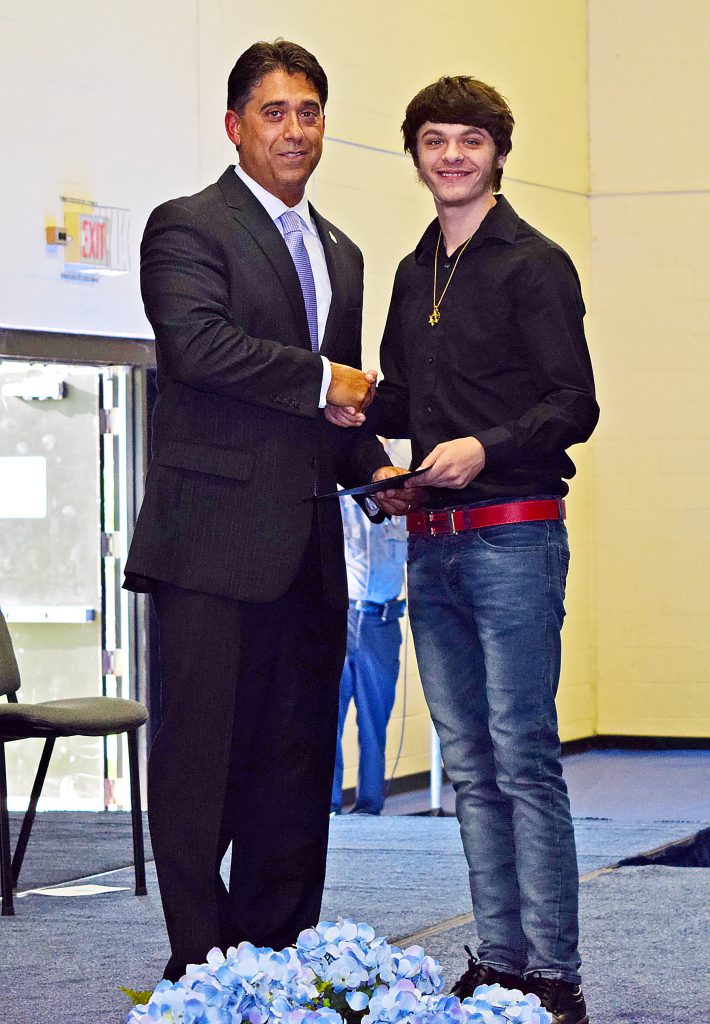 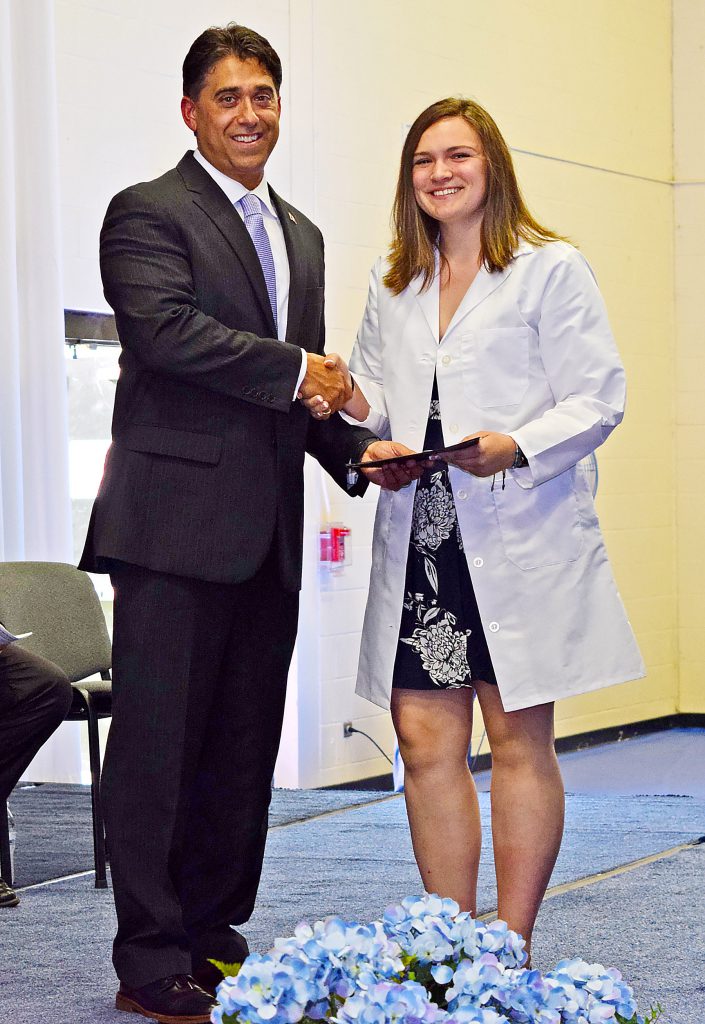 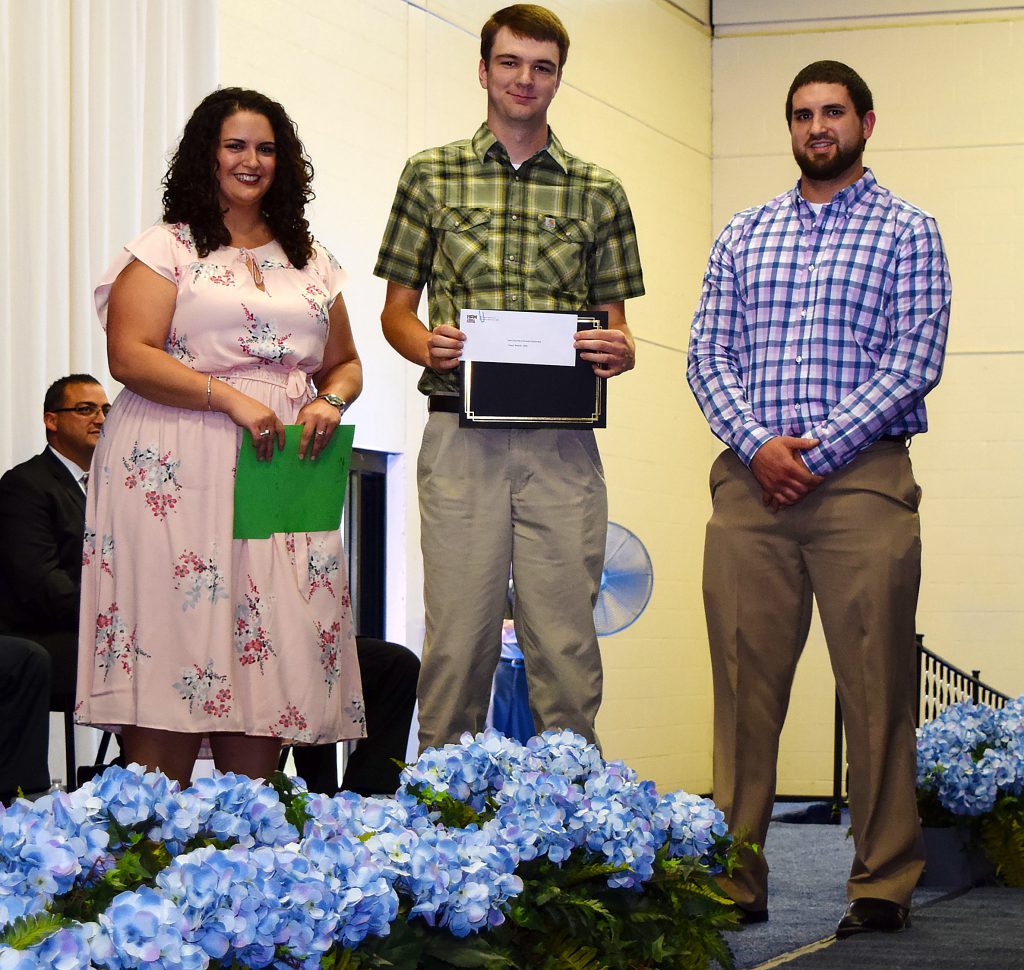 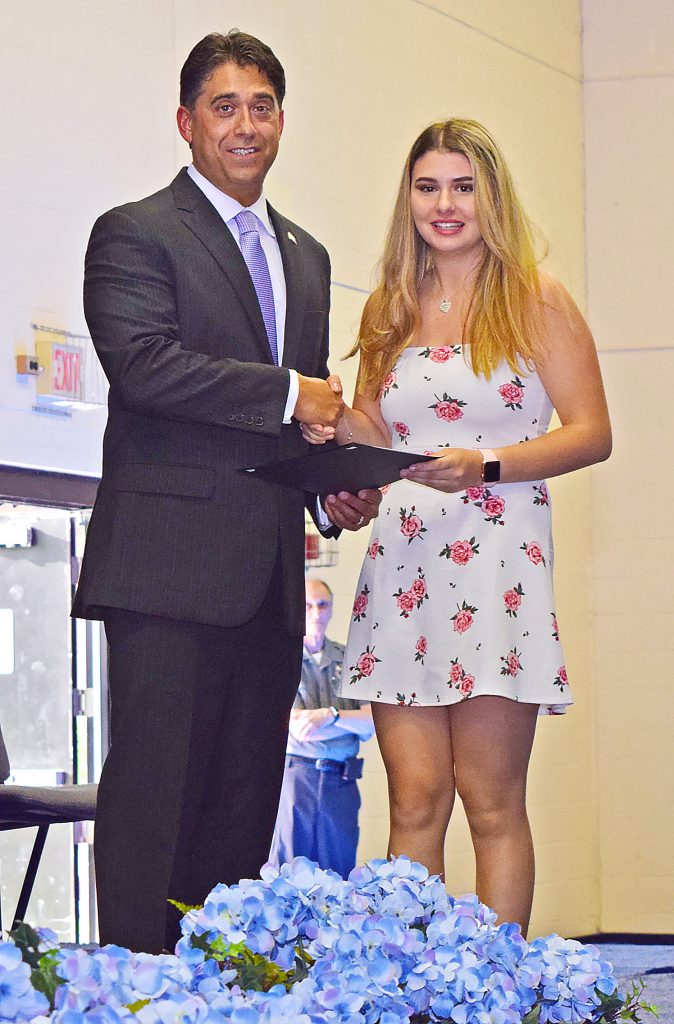