Youssouph Seydi, who recently earned his High School Equivalency diploma through the HFM BOCES Adult Education program, has been honored as a 2018 Outstanding Adult Learner by the New York Association of Continuing/Community Education. 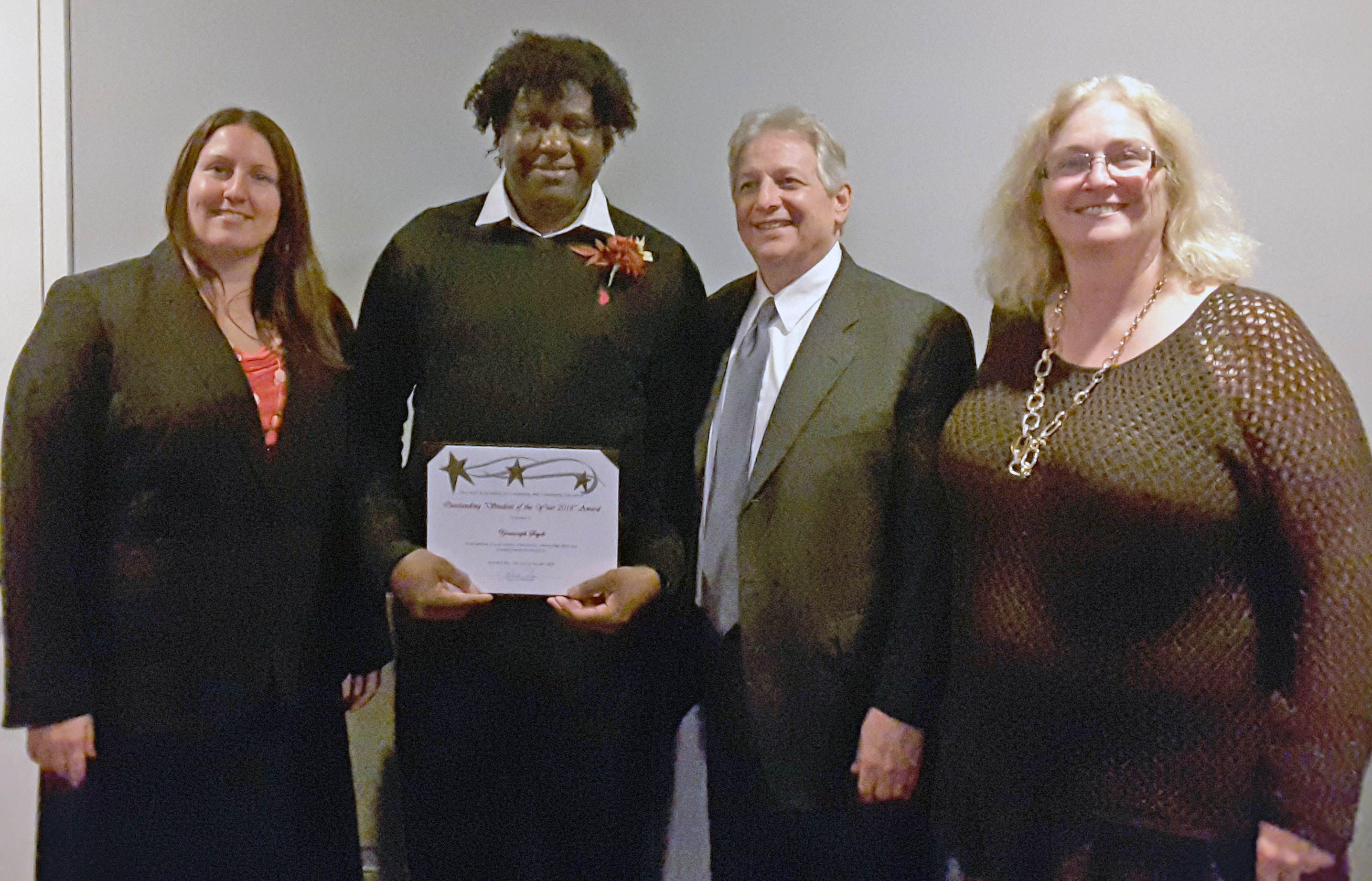 Born in Senegal, Seydi immigrated to the United States in 1994 and for the next 22 years lived and worked in Yonkers, the Bronx and Putnam County supporting his family in the U.S. and his parents and siblings, who remained in West Africa. In 2016, he moved to Gloversville and secured work in the nearby distribution centers. Shortly after, however, his life took a turn and he was faced with disability and required two total knee replacements. At this point in his life – physically disabled and without a high school education – he knew his options for employment were limited.

“I became disabled and had no idea what to do next. By chance, when walking on Main Street in Gloversville, I read a sign stating if I join their program they will assist me in earning my High School Equivalency diploma. I knew at that moment that this was my second chance at earning an education,” Seydi said.

“At first, Youssouph admitted to feeling challenged with the course work, but he developed a sense of comradery with his fellow classmates and soon began to work towards a common goal with them,” said Gail Colinas, a BOCES adult educator, who nominated Seydi for the Outstanding Adult Learner award.

Through dedication and persistence, Seydi quickly made educational gains, and began using additional resources such as the Gloversville Public Library and the free tutoring service offered through Literacy NY to broaden his educational experiences.

His instructors also say Seydi’s story extends outside his educational pursuits, and he often speaks of the importance of voting and community involvement to promote positive change. During a recent election, he helped people get to their polling places regardless of how they intended to vote. He has also advocated for the adult literacy programs through personal visits with Assemblyman Marc Butler and Senator James Tedisco.

Seydi earned his High School Equivalency diploma in December 2017. He is currently enrolled at Fulton-Montgomery Community College, where he finished his first semester with a 3.85 grade point average. He plans to obtain his associate degree and then pursue a bachelor’s degree in psychology.

Seydi said he is grateful for the support he has received from individuals in the community.

“Without it, I would not be able to accomplish my goals,” he said.

Seydi and other Outstanding Adult Learner Award recipients were honored at a banquet Tuesday, Oct. 23 at The Century House in Latham.