The HFM BOCES Board of Education presented Ernie Clapper, of Mayfield, with the inaugural David C. Edwards Distinguished School Board Member Service Award during a special presentation at the HFM BOCES Annual Meeting Wednesday, April 11.

The HFM Board of Education established the new School Board Member Service Award this year in honor of former longtime BOCES board member David C. Edwards, who passed away in June. The award, which will be given annually, seeks to recognize local board of education members who exhibit innovative and ethical leadership.

Mr. Clapper was first elected to the Mayfield Central School District Board of Education in 2004, and he is currently serving his eighth year as board president, and fourteenth year overall. Mr. Clapper’s service with the Mayfield district began in 1967 when he was hired as an elementary teacher. He worked his entire career in Mayfield retiring in 2003 after serving 16 years as the elementary principal.

HFM BOCES Board of Education President Joanne Freeman presented the award to Mr. Clapper referring to him as a respectful and effective leader and a kind and thoughtful advocate for children. 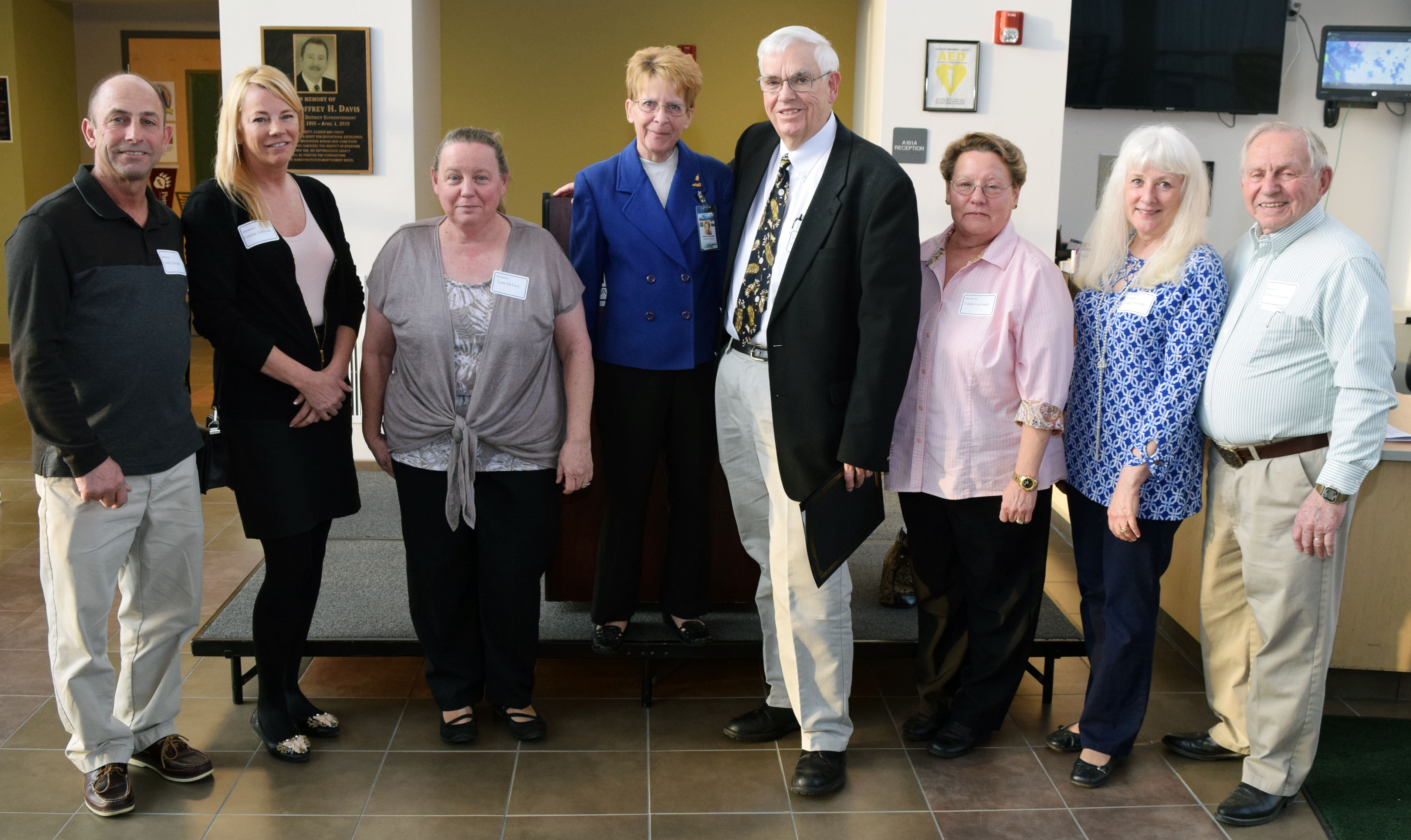 “The words commitment, integrity and community characterize David Edwards’ long history of service to our region. We are fortunate to have board members like Mr. Clapper to carry on that legacy,” Mrs. Freeman said.

“I am stunned and honored, and humbled, to be the first recipient of the David C. Edwards Distinguished School Board Member Service Award. This is very meaningful to me because of the high esteem I have for what Dave Edwards contributed to our school system at Mayfield and at HFM BOCES. In fact, the entire Edwards family has always been near and dear to my heart, so that makes this all very special,” Mr. Clapper said. “I have been so fortunate to serve on the Mayfield board with four very special people, and I am blessed to be just a part of the fabric of this group who care so much about our district and the students of MCS – Joan Scannell, Aaron Flynn, Jennifer Andrews, and Cassie Kristel. They are all inspiring people to work with, and I am honored to serve with them. I want to accept this award only as a representative of those four people and the scores of school board members who give of their time in our area to work for the betterment of our respective school districts and I honor each one of them.”

Mr. Clapper was nominated for the award by his fellow Mayfield Board of Education members, who referred to him as a selfless and committed crusader for Mayfield. 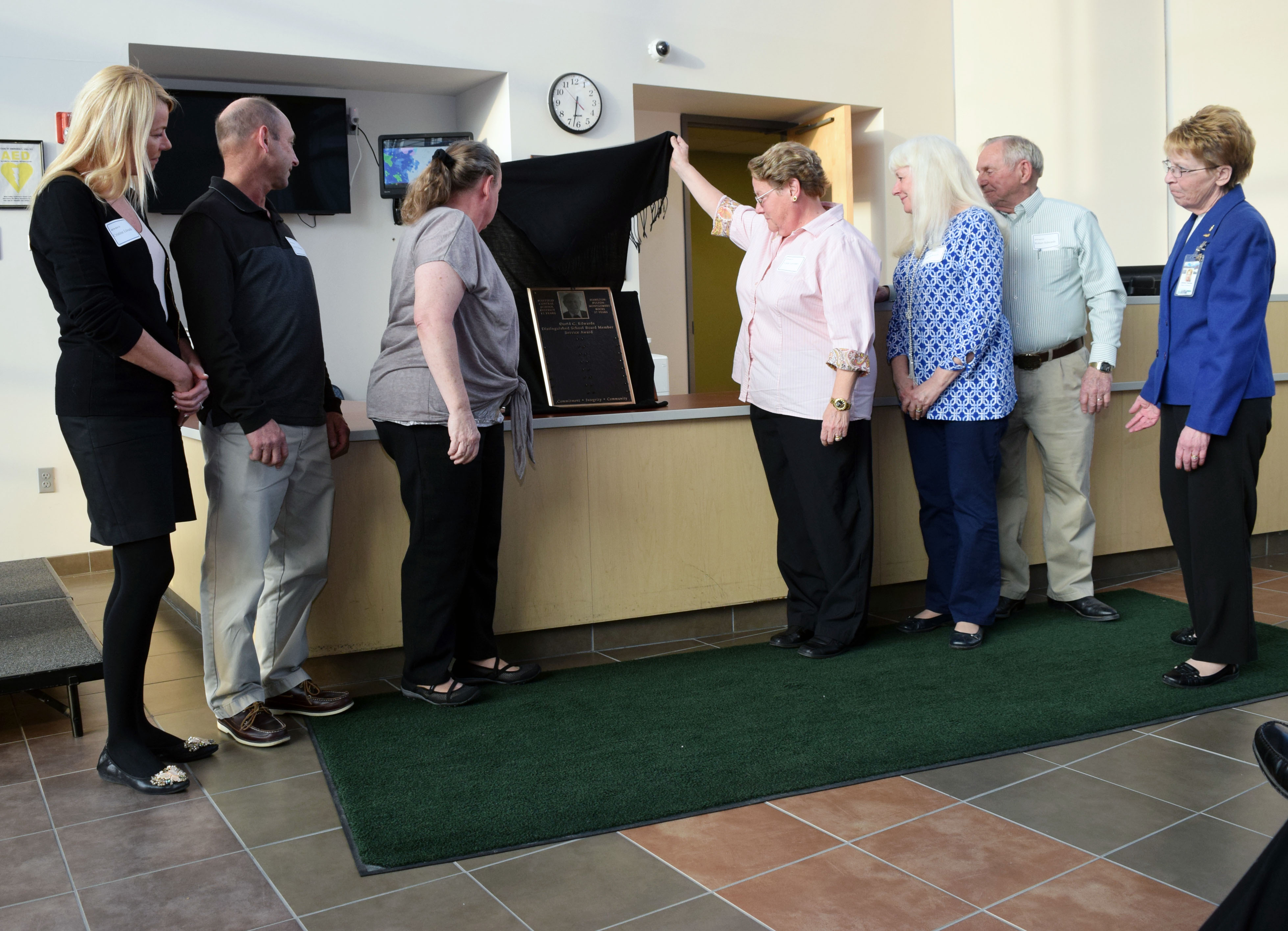 Members of the Edwards family unveil a bronze plaque in David Edwards’ honor. The plaque will display the names of the award winners, and will be displayed at HFM BOCES.

“He is the embodiment of respectful and effective leadership, and he exudes a level of strength and confidence that inspires people to listen and follow his lead. Basically, he leads by example and inspires people around him to become the best they can be as well,” the board’s nomination reads.

“My home district of Mayfield will always hold a very special place in my heart. It is a place I am proud to call home and a place where we have a staff who cares and an awesome student body who all hold such great potential. God blessed me by allowing me to serve in that district,” Mr. Clapper said. “One last thing, I want to say that so much of what I know of education I learned from working with Mr. Art Batty of Johnstown. Art was an exceptional educator and someone who was both a mentor and a great friend to me and someone who left us all too soon. Thank you Dr. Michel, Dr. Hohenforst, and thank you to the Edwards family.”