The HFM BOCES Board of Education presented Dorman Reese, of Wells, with the David C. Edwards Distinguished School Board Member 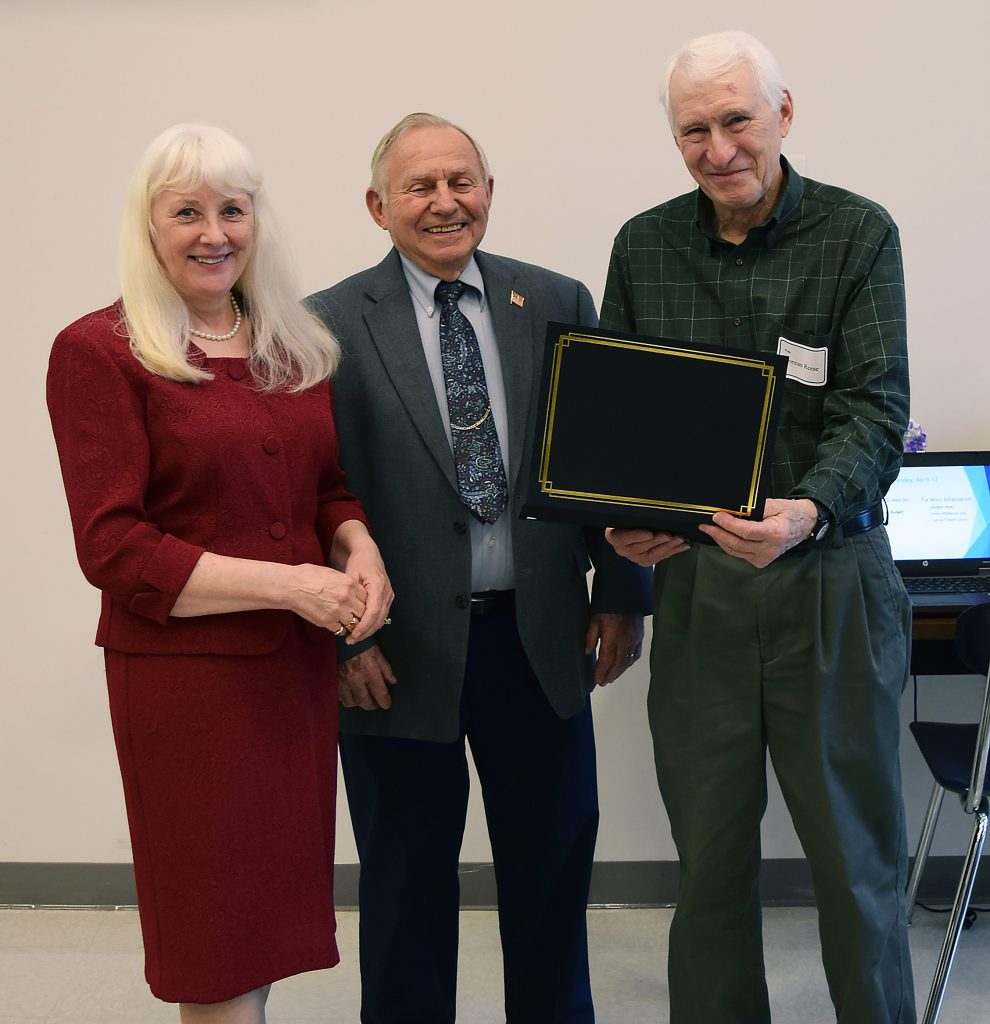 The HFM Board of Education established the School Board Member Service Award last year in honor of former BOCES board member David Edwards, who passed away in 2017 and served nearly four decades on the HFM board. The award, which is given annually, seeks to recognize HFM area board of education members who exhibit innovative and ethical leadership.

“His fellow board members see him as a true gentleman, respectful of everyone, and a mentor who always shares his knowledge and the history of the school and past board practices. He’s a true community resource and inspiration,” HFM BOCES Board of Education President Joanne Freeman said during the award presentation. “Thank you for your inspiration and your service.”

“It’s been an honor to serve,” Reese said, noting that school board work is all about the students and the community. “That’s what this is all about.” 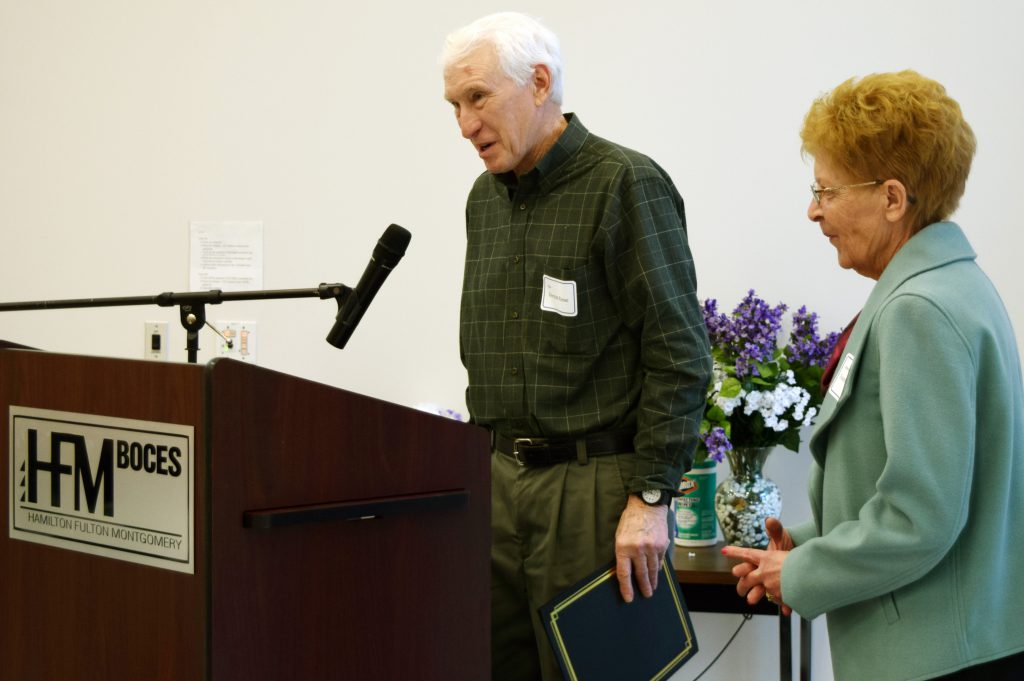 “Our teachers, staff and administrators, they are the ones that do it all,” he said.

“Dorman has always put children first, while keeping a careful eye on taxes,” Wells board members said in their nomination of Reese. “Dorman, ‘thank you’ seems so understated for the hard work and devotion that you have given and continue to give to Wells Central School District.”

A graduate of Wells High School, Reese worked in the logging industry for 44 years before retiring. 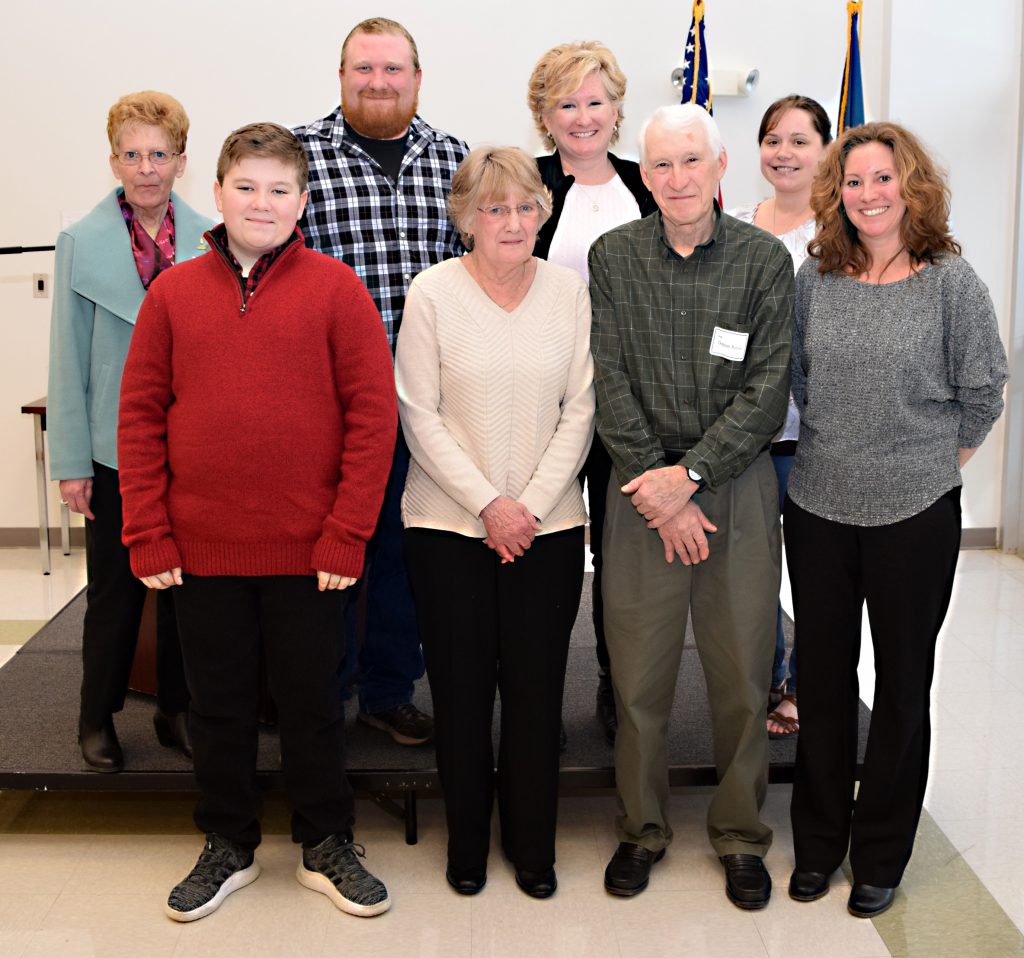 About the David C. Edwards Award

In addition to his service in education, Mr. Edwards was also a town of Johnstown councilman, a Zoning Board of Appeals member and town supervisor. He volunteered for Cornell Cooperative Extension, and was appointed by Gov. George Pataki to serve on the board of the New York Center for Agricultural Medicine and Health. He was also an active member of the Pleasant Square Volunteer Fire Department for more than 60 years.

Following Mr. Edwards’ passing, the HFM BOCES Board of Education has established the award in his honor to recognize local board of education members who exhibit innovative and ethical leadership.

The David C. Edwards Distinguished School Board Member Service Award is presented at the HFM BOCES Annual Meeting in April of each year. The winner of the inaugural award was Mayfield Board of Education President Ernie Clapper.