HFM BOCES and the Mayfield Central School District Board of Education held a ceremony Tuesday, May 8 to recognize the late Mr. David Edwards and his longtime service to school districts in the local area. 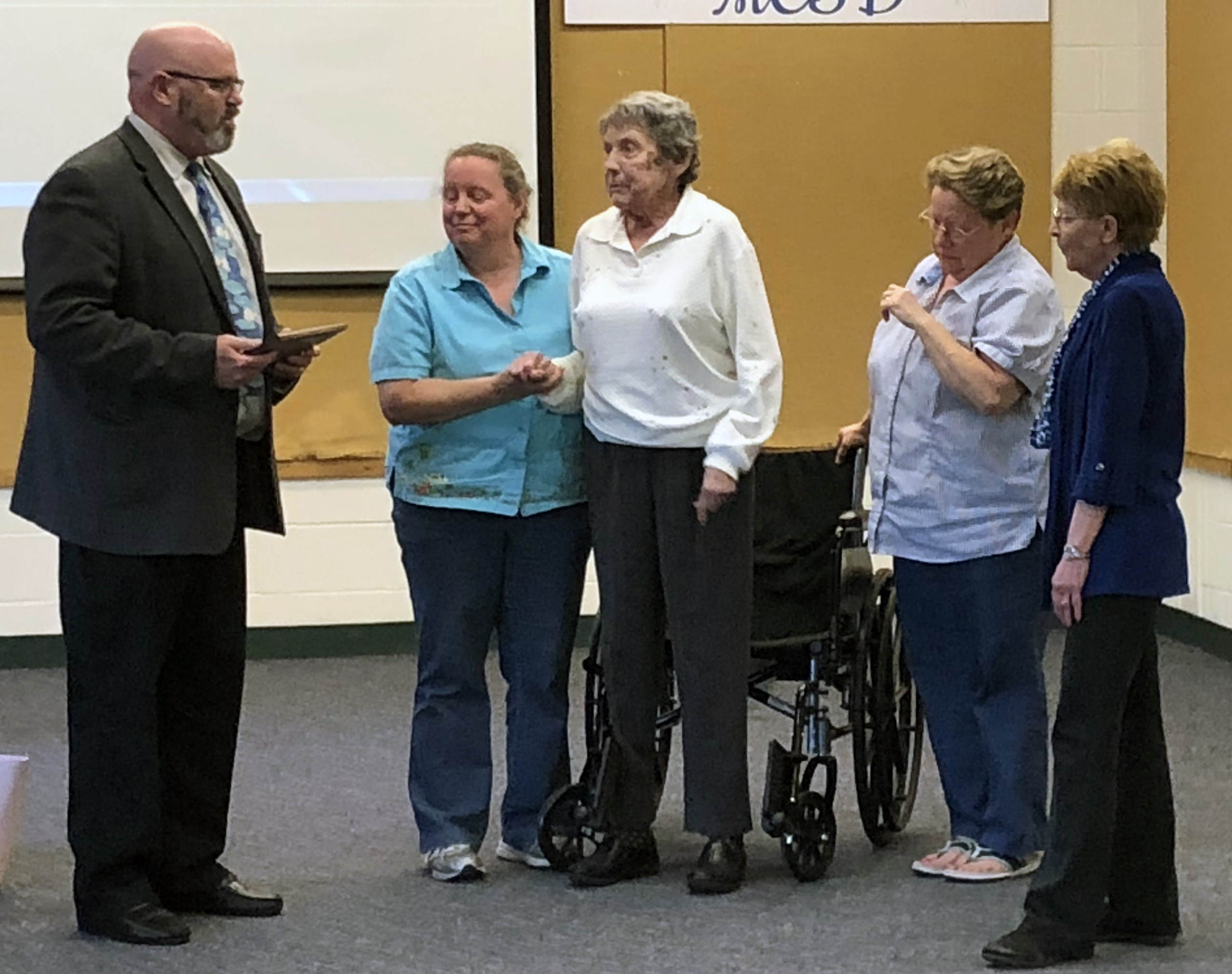 At the start of the Mayfield Board of Education meeting Tuesday, HFM BOCES District Superintendent Dr. Patrick Michel and HFM Board of Education President Joanne Freeman presented Mr. Edwards’ wife and two daughters with an HFM Legacy Award in honor of his dedicated service to the school districts and students in the HFM area.

“David’s dedicated service to BOCES, Mayfield and the entire region was extraordinary,” Mrs. Freeman said. “We thank David, and we also thank his entire family for sharing him with us for all those years.”

In addition to presenting the family with the award, Mr. Edwards’ name will be added to the BOCES Legacy Award plaque, which hangs in the BOCES Board of Education meeting room. Instituted in 2008, the Legacy Award plaque displays the names of former board members who served at least 10 years.

HFM BOCES this year also instituted a new award in Mr. Edwards’ honor that seeks to recognize local board of education members who exhibit innovative and ethical leadership. The David C. Edwards Distinguished School Board Member Service Award will be presented at the HFM BOCES Annual Meeting in April of each year. The first recipient was Mr. Ernest Clapper of Mayfield. Nominations will be accepted each year. Nominees must have served on an HFM BOCES component district board for no fewer than five years.