Chamber, BOCES honors businesses for their commitment to education

The Fulton Montgomery Regional Chamber of Commerce and HFM BOCES recognized two local business partners for their commitment to education. 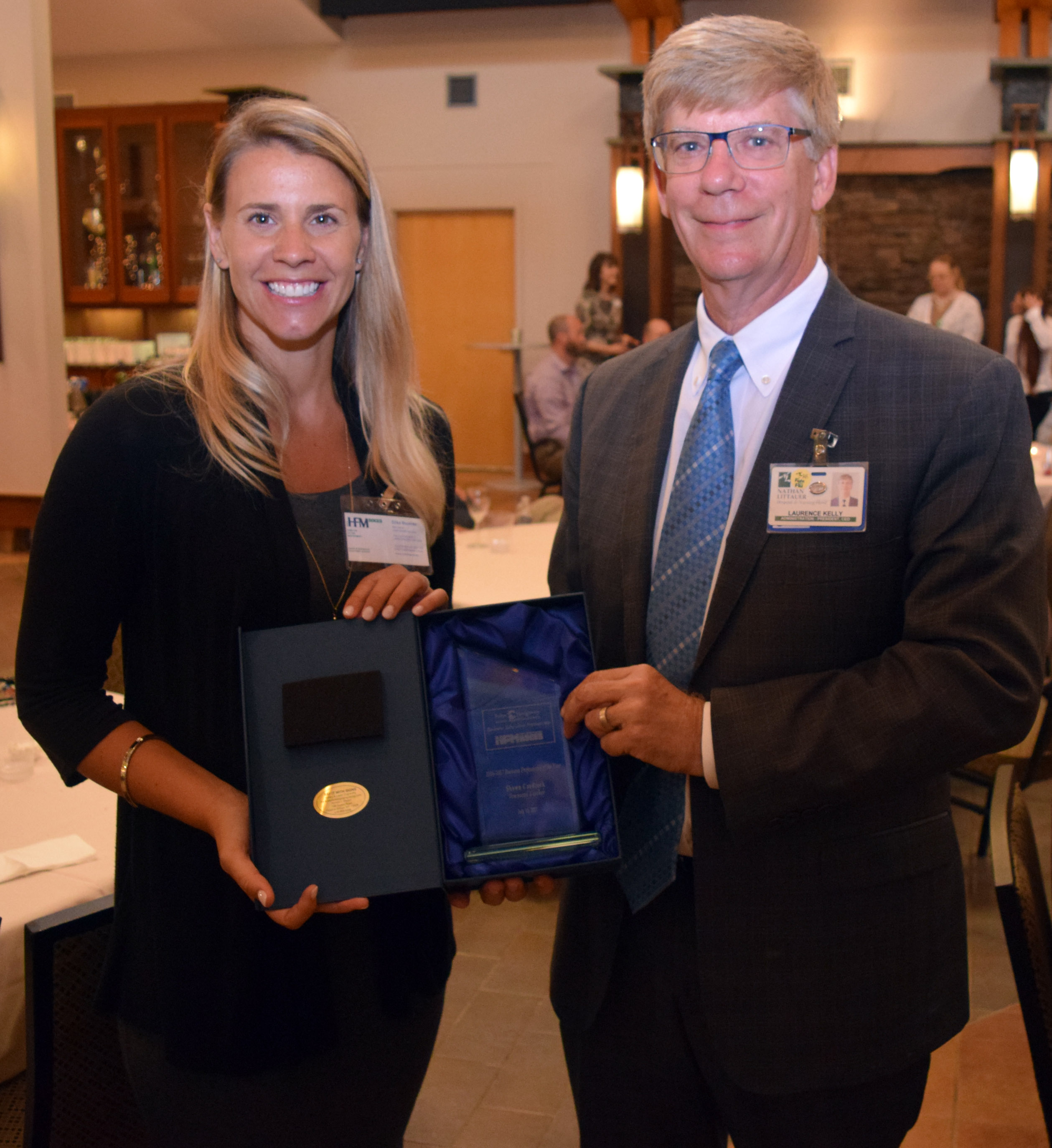 Nathan Littauer Hospital & Nursing Home and Townsend Leather employee Shawn Czadzeck were both honored with HFM Business Education Partnership awards for their ongoing work with BOCES programs. This is the first year for the awards, which were given out during a reception held at the Paul Nigra Center for Creative Arts in Mayfield Thursday, July 13.

Dr. Michel said the joint chamber and BOCES effort to connect businesses with local schools began about seven years ago.

“I think it’s been a rousing, smashing success,” Dr. Michel told the chamber members and business leaders in attendance. “On behalf of HFM BOCES, I’d like to thank you all for the help and support you’ve given us.”

Erika Bucenec, an instructor for the HFM Career and Technical Center’s New Visions Health Careers program, nominated Littauer for the Business Partner of the Year Award, citing their efforts to strengthen and enhance the educational experiences of HFM students.

The New Visions Health Careers program is an immersion-based approach to education that allows students to explore a variety of health care careers. Working on-site at Littauer, New Visions students participate in clinical rotations at the hospital four days a week throughout the entire school year.

The New Visions program has experienced tremendous growth in the past few years. In 2014, the program graduated 12 students. This year, 36 students graduated from the program. The number of clinical rotations has also increased growing from nine to 20 different areas and departments at the hospital. New Visions rotations include the emergency department, special care unit, maternity, the operating room, physical therapy, the laboratory, diagnostic and radiology, respiratory therapy, the nursing home, and more.

“Among these areas are a myriad of medical and business professionals that allow my students to observe and learn from their daily practices,” Bucenec said in her nomination. “They share their wealth of knowledge of their fields and help my students discover what aspect of medicine they want to pursue in their future endeavors.”

Czadzeck, a communications augmenter for Townsend Leather, was awarded the Business Professional of the Year Award for his commitment to the HFM PTECH school.

Czadzeck has worked with PTECH students since the school opened in 2014 working as a mentor and participating in panel discussions. He also works with students in small groups throughout the year helping them develop resumes, interview skills, professional presence, effective communication skills and more.

“For all the time Shawn, and in turn his company Townsend Leather, have invested, and the passionate way in which he constantly engages with our PTECH students, he is a worthy recipient of this award,” Nicole Walrath said.

This is the fourth year of operation for the PTECH school. Students who entered as freshmen are now seniors.

Dr. Michel said in addition to earning their high school diplomas, approximately half of the PTECH seniors are on track to earn their associate’s degree this year as well.